The war on my hairline has finally met its match in Sunny Isle’s Jamaican Black Castor Oil.

Daily manipulation, excessive styling, heat and too-tight braids and ponytails have all done a number on my natural hairline and I noticed that on one side of my head there was a small area where my edges had started to thin to the point that you could visibly see my scalp.

To solve the problem, my best friend suggested that I try Jamaican Black Castor Oil even though she had only heard about the benefits, but, had never actually tried it for herself.

So I did a bit of research and started to see a number of before and after photos. Like this one on the Sunny Isle website:

If you do a quick search, you’ll find more images like this that show drastic improvements on hair growth from using JBCO. Once I saw that almost everyone that used the product experienced favorable results, I went on Amazon.com and purchased my own bottle. 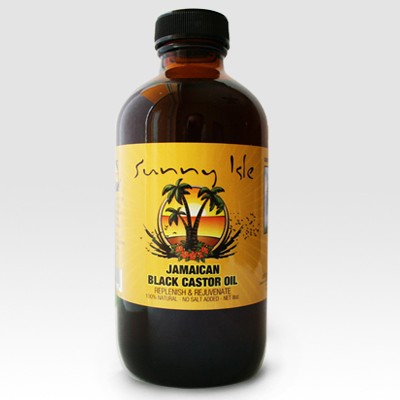 Turns out, I ended up purchasing my JBCO at the PERFECT time as I was getting ready to have my hair braided up for the entire summer; adding even more stress to my edges.

Fast forward to the the end of August, when I took my braids out.

It was about 3 months after I began using JBCO on my scalp and edges, and even though I didn’t use it daily, it WORKED. When I looked in the mirror, I could barely tell that my edges had thinned at all. I was so hype about it that I texted my friends at 4am like a psychopath text-screaming in ALL CAPS “IT WORKED, IT WORKED.”

According to the Sunny Isle website (and my late great-grandmother who SWORE by it), Castor oil has many medicinal purposes including skin and haircare (which I clearly didn’t know a thing about until the YEAR 2012).

And while my problem area may have been my edges, I’ve since used JBCO more frequently as a moisturizer on my scalp and as a sealant for the ends of my hair (proactive measure to prevent split ends).

Verdict: Sunny’s Isle’s JBCO is a must buy! I highly recommend that you this product to your daily beauty routine.