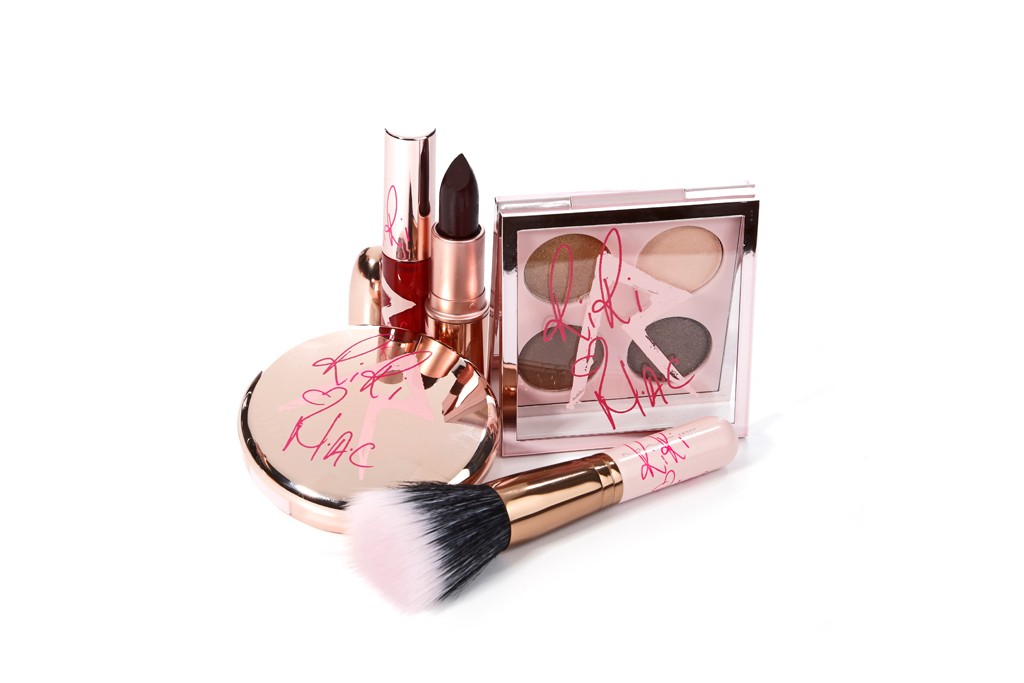 Today, MAC announced that they’ve entered into a “creative partnership” with Rihanna to create a line of color cosmetic collections which will be called: RiRi [Hearts] MAC.

Here’s what we know so far:

Rihanna describes the partnership as a “no brainer,” and in many ways it is. She’s drop dead gorgeous, she’s a global superstar with no signs of slowing down, millions of people pay attention to her every move and don’t mind spending money to adopt the same beauty, fashion and lifestyle trends that she promotes and she’s a fan of MAC products.

The interesting part about the deal, is how quickly MAC, which is owned by beauty behemoth Estee Lauder, was so quick to overlook the singer’s tabloid-worthy behavior, lifestyle choices (ie. weed smoking in public) and her rekindled relationship with troubled ex Chris Brown.

When WWD asked whether or not the star’s behavior and relationship with Brown would be a downside for the brand, John Dempsey, the group president of Estee Lauder said:

“She’s a grown woman, and whatever makes her happy makes us happy.
Life’s complicated. Far be it for us to judge,” – John Dempsey

A star’s image is one of the first things that brands consider when they’re thinking about doing a collaboration or partnership. So I think it’s really unprecedented for a well-respected brand like MAC to not only work with Rihanna but to be so upfront and candid about their approval of some of the main things that she’s usually criticized for.

Which brings me to this question:

Should lifestyle brands worry about their star endorsers being good role models or should they just focus on selling the product?

← KYI: A Line of Whole Food Beauty Products for Your Skin
A Translation of Deborah Needleman’s Statement on T Magazine’s Lack of Diversity →