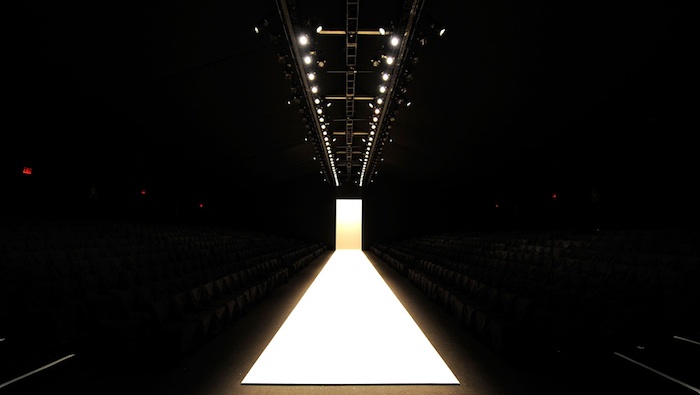 Dear David Tlale and co: If you have to cry, now might be a good time to go outside.

People’s Revolution, the fashion PR firm run by Kelly Cutrone, announced earlier today that they are “canceling their participation” in David Tlale’s NYFW show because they haven’t been paid. Here’s the full statement that was sent to press and presumably anyone else they invited to the show including celebrities and other influencers:

People’s Revolution is canceling our participation in the David Tlale show, Thursday September 5 9:30am in the Box at Lincoln Center as we have not been paid. Please note no one from production will be in attendance. Very Best, People’s Revolution

In addition to publicizing a fashion show, fashion PR firms, like People’s Revolution, are often tasked with producing the entire show which could include handling model castings, celebrity placements, front and back of house production, and more. So the fact that they’ve decided to pull out of the show with less than 24 hours to go is a huge deal (especially when most of the talent in the city is booked for the 1345 other fashion events taking place this week).

Another big problem is that the media people and influencers who have more of an allegiance to Kelly/People’s Rev may skip the show out of respect. Or, to avoid the almost imminent chaos that comes from not having a production team.

There are a lot of lessons to be learned from this.

Publicists need to know their worth and stand their ground when they are being mistreated by clients. If you allow yourself to be undermined or stiffed on payment, that sends a message to your other clients that they can treat you the same way. But when you take a stand, like the one Kelly’s team took today, you also send a message that says “don’t f**k with us.”

On the other hand, PR firm clients need to develop a better understanding and appreciation for all of the work that their PR team does on their behalf. When a client refuses to pay a retainer or a project fee it’s usually because they don’t value the work. I’m not saying that is the case here, but from experience, if Tlale’s team was upfront about any financial issues they were having, I’m sure People’s Rev would have been flexible.

A lot of shit like this goes on behind the scenes that PR people RARELY put on display or talk about publicly. So something serious had to happen for it to go this far.

Kelly Cutrone and David Tlale have both shared their side of the story with WWD. Cutrone says that [David Tlale] had agreed that People’s Revolution would be paid 50 percent of show fees upon signing, and the remainder of the deposit 48 hours before the show. She issued several warnings to the designer but never received any of her $15,000 fee. So she pulled her team out of the show.

For his part, David Tlale said:

“It’s not about me not wanting to pay them. The payments were delayed from my side. They were going to be effective today, but she pulled the plug. She was not willing to wait. We were going to make the entire amount today.”

“It was my first time, and one of those lessons learned…You have to learn how they work, to pay in advance. I’m coming from South Africa and trying to build a brand in New York. I wanted to work with People’s Revolution, but it never worked out.”

The show must go on…

Book Review: If You Have to Cry, Go Outside

← The curlBOX September Issue is the One You Can’t Miss
PR Tools: PitchEngine Brings Back Pay-Per-Pitch →