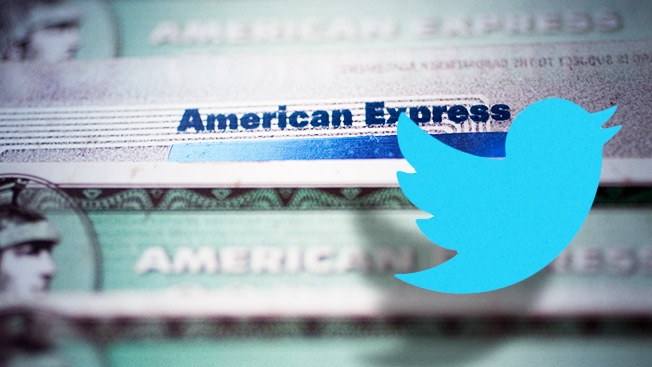 Today, they’ve decided to take their social commerce game to the next level with the launch of a program that lets members purchase items on Twitter, by tweeting a purchase hashtag.

“We’ve been doing a lot in the area of social commerce over the past two years,” Leslie Berland, svp of digital partnerships and development at American Express told AdWeek. “Twitter Offers launched last year, and the response has been pretty fantastic. We want to bring in the new technology that we have to life in a most dramatic way, which we think Twitter is ripe for.”

How the program works:

My first thought when I read about this program was “hmm scary.” I thought about all of the things that could go wrong with retweets as confirmation and with the possibility of hackers (or other people you know) accessing your account and using it to make fraudulent purchases.

On the flip side, we live in a world where you can take a photo of a check and have it deposited into your bank account in real time, so using social media to create another purchase channel is only a natural development for mobile/social commerce.

And because of the retweet requirement in this program, it can also double as a social media campaign that will drive awareness and increase Amex’s visibility on Twitter.

Does this program make you want to become an Amex cardholder?