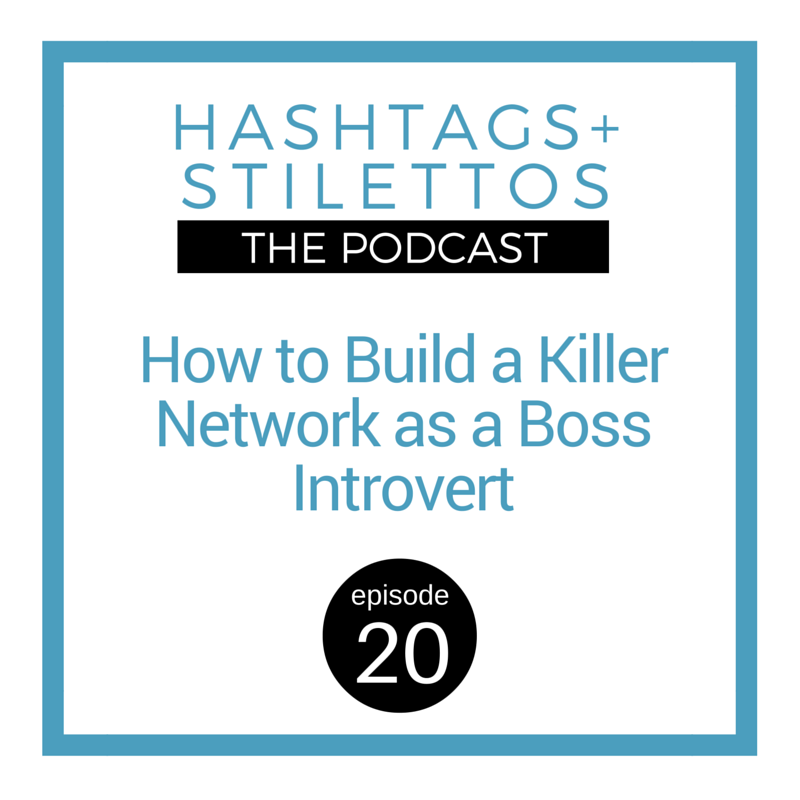 Are you an introvert? Do you hate going to networking events and happy hours but want to build a killer network? Then the tips provided in this episode of ‘Hashtags and Stilettos’ are for you.

Networking has become somewhat of a dirty word and that’s mainly because people are doing it wrong. Most people view the concept of networking as trying to know as many people as possible so that they can use them for some future gain. However, it’s much more than that.

I view networking as more of an ecosystem of connections, and in order to keep that ecosystem alive and thriving you have to nurture it and feed it with value.

In this episode, I walk you through my own networking mistakes, talk about how to get better at recognizing the types of social environments and situations that you thrive in, how to add more value to an existing network and how to be more strategic and purposeful when you’re out of your element but still want and need to be effective.

[Tweet “”A network is an ecosystem of connections that needs to be fed with value,” – @MissSuccess”]

[Tweet “LISTEN TO: How to Build a Killer Network as a Boss Introvert on the #HashtagsandStilettos podcast.”]

[Tweet “I just picked up some tips on how to build a killer network on @MissSuccess’ podcast!”]

← Tahira Wright on Turning #TheCutLife Community Into a Booming Biz [Podcast Ep. 19]
Podcast: Renae Bluitt on Celebrating Black Women and Why You Need to Create Your Own Sh*t →