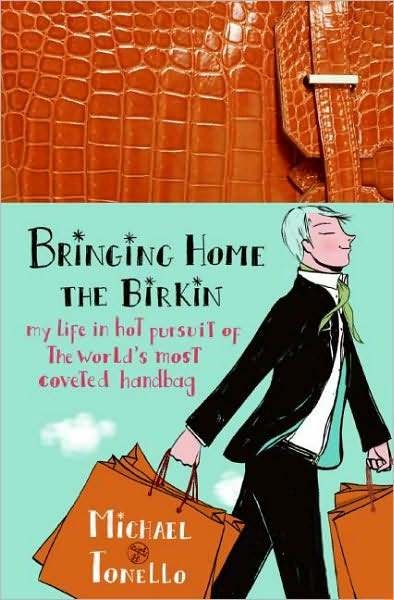 There’s always a certain level of mystery that enshrouds the inner workings of luxury brands, triggering that familiar, yet uncomfy outside-looking-in feeling. Especially when the brand in question, is Hermes.

Michael Tonello’s, Bringing Home the Birkin: My Life in Hot Pursuit of the World’s Most Coveted Handbag will take you on a whirlwind journey around the world as Michael is forced to build a new career after he discovers that a role he was promised in Barcelona no longer exists.

And rather than pack up his things and head back to the states, Michael finds a few Hermes scarves in his luggage and decides to sell them for fast cash on eBay. That’s when things get interesting.

This book gave me fashion, luxury, comedy and very practical business tips that I can easily apply to my work at House of Success.

1. There is an opportunity around every corner. All you need to do is look up.

Michael had just moved to another country on a whim and his savings were rapidly running out. Instead of falling into a deep depression, he resourcefully came up with ways to make it work.

The key here is to not get caught up in why things aren’t working, when you should be focusing forward on what your next move will be.

Before Hermes would sell Michael an elusive Birkin bag, he had to apply “the formula,” and he also had to look like someone worthy of representing their brand.

It may seem supremely shallow (and it is), but in many industries a first impression can be the only factor in whether an individual or company does business with you. The way you look could also prevent you from getting a promotion.

When you have a feeling about something, you’re usually right. Go with it.