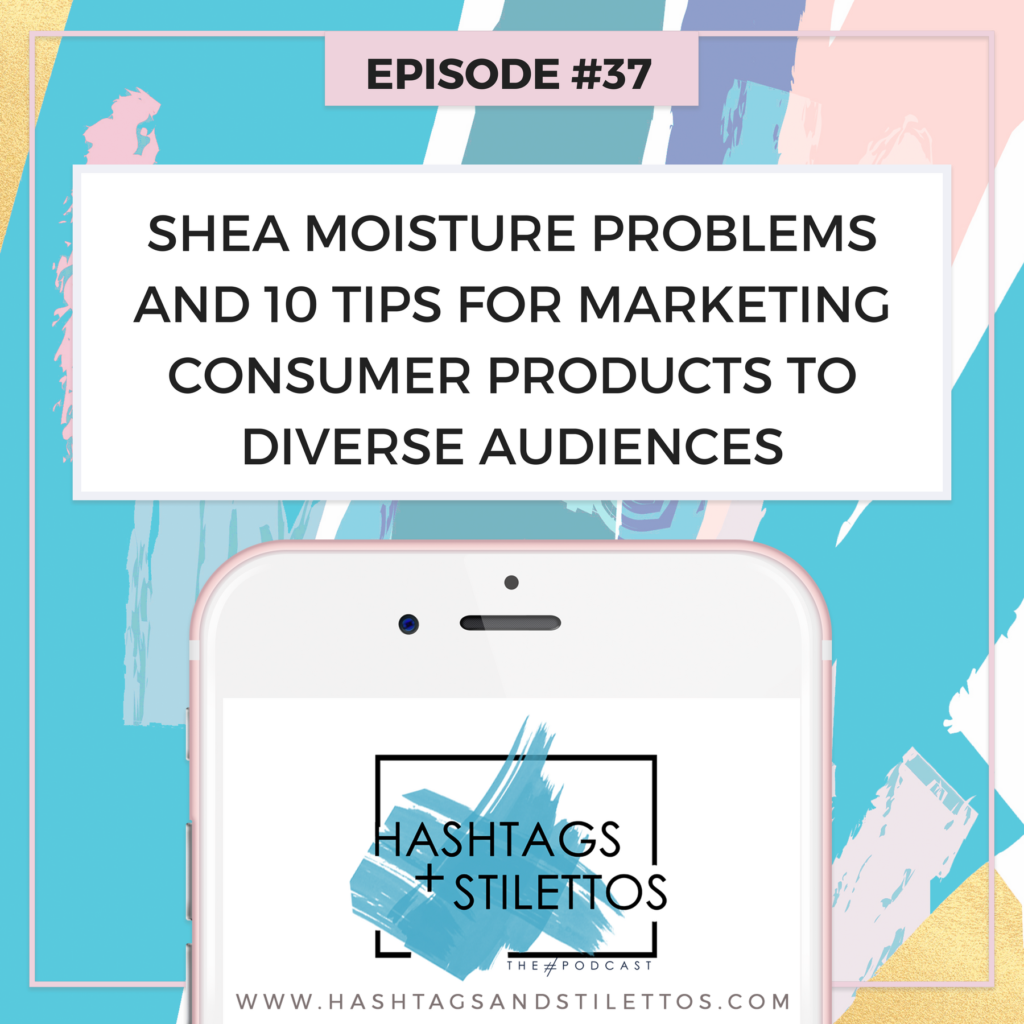 About a week ago, Shea Moisture, a company that specializes in organic hair, beauty and body products designed to meet the hair and skincare needs of multicultural consumers across the diaspora who traditionally have been ignored by mass market companies, released an ad on Facebook focused on “Hair Hate,” that immediately caused a firestorm of controversy.

Seems innocent enough, right? Eh, not quite. There are a number of things wrong with this particular ad:

As a result, Black women, who have supported Shea Moisture from day one were rightfully outraged about what they perceived as being ‘erased’ from Shea Moisture’s consumer-facing messaging. So, they did what any consumer in 2017 does when they’re upset at a company or institution; they took to social media to voice their feelings.

In this episode, I talk about what happened in the immediate hours and days after the ad was released, dispel some popular myths about the company for context and provide 10 tips for Shea Moisture and any other brand, beauty or otherwise, on how to best market their consumer products to diverse audiences.

Marketing products to diverse audiences? Listen to @MissSuccess’ tips on how to do it right! #HashtagsandStilettos

.@MissSuccess on how #SheaMoisture could’ve avoided their latest PR fail on  #HashtagsandStilettos

← Podcast: How Kinky Curly Yaki’s Vivian Kaye Troubleshot Her Way to Seven Figure Success
Podcast: How Demetria Lucas D’Oyley is Writing Her Way to a Life on Her Own Terms →