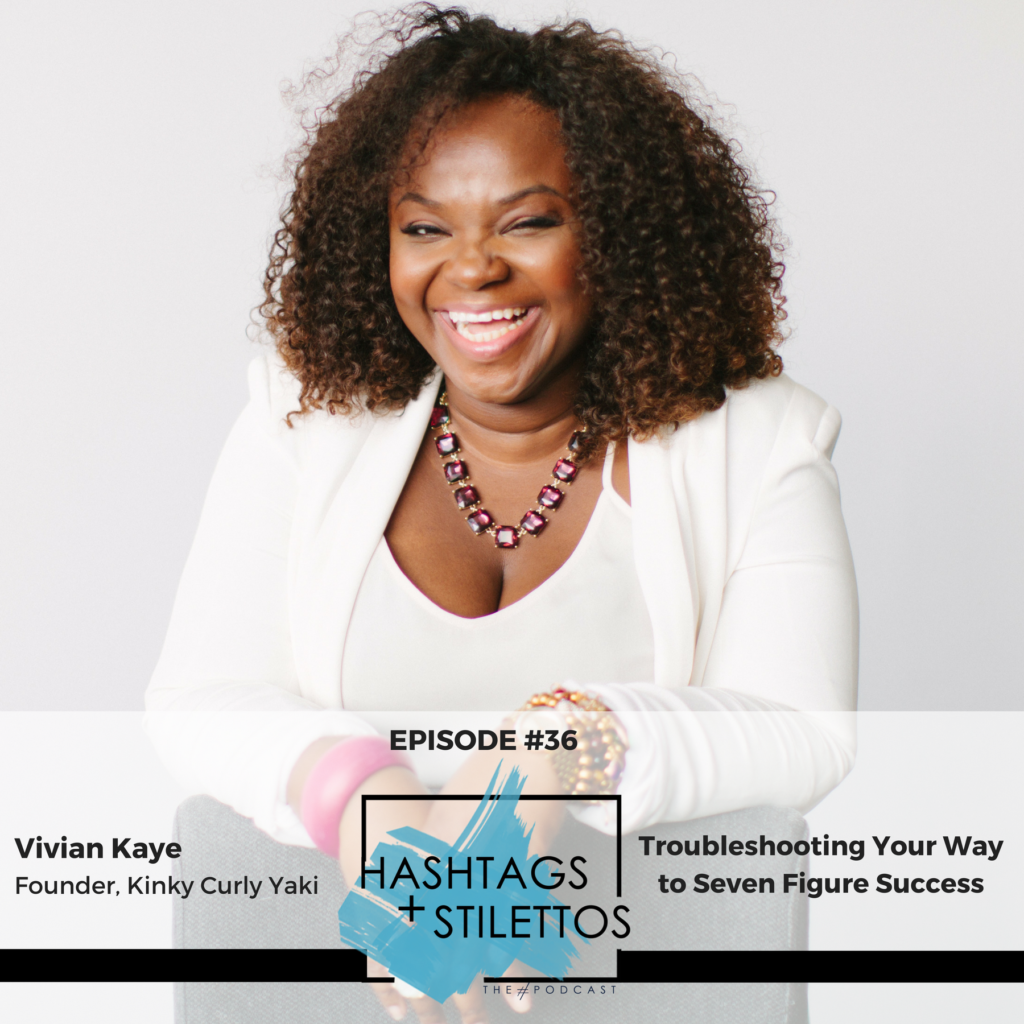 Vivian Kaye
is the founder and CEO of Kinky Curly Yaki.

Kinky Curly Yaki is the premier provider of textured hair extensions designed to blend perfectly with kinky, curly and coarse hair textures. Kinky Curly Yaki was one of the first companies to make hair extensions for textured hair and launched at a crucial time when many Black and Brown women, who primarily wear extensions as their protective style of choice, were transitioning away from perms back to their natural hair textures and could not find extensions that blended perfectly with their hair. The business, Vivian’s second, was born out of her own desire to find blendable extensions that didn’t compromise her own style.

On this episode, I talk with Vivian about her career and entrepreneurial journey and the steps she took to launch not one, but two successful businesses in industries in which she had no prior knowledge or experience and how she’s been able to troubleshoot her way to seven figure success.

[Tweet “In order to scale or grow your business, you gotta let it go girl! – #VivianKaye #HashtagsandStilettos”]